Demilita-RISE: 20 Years of the War on Terror 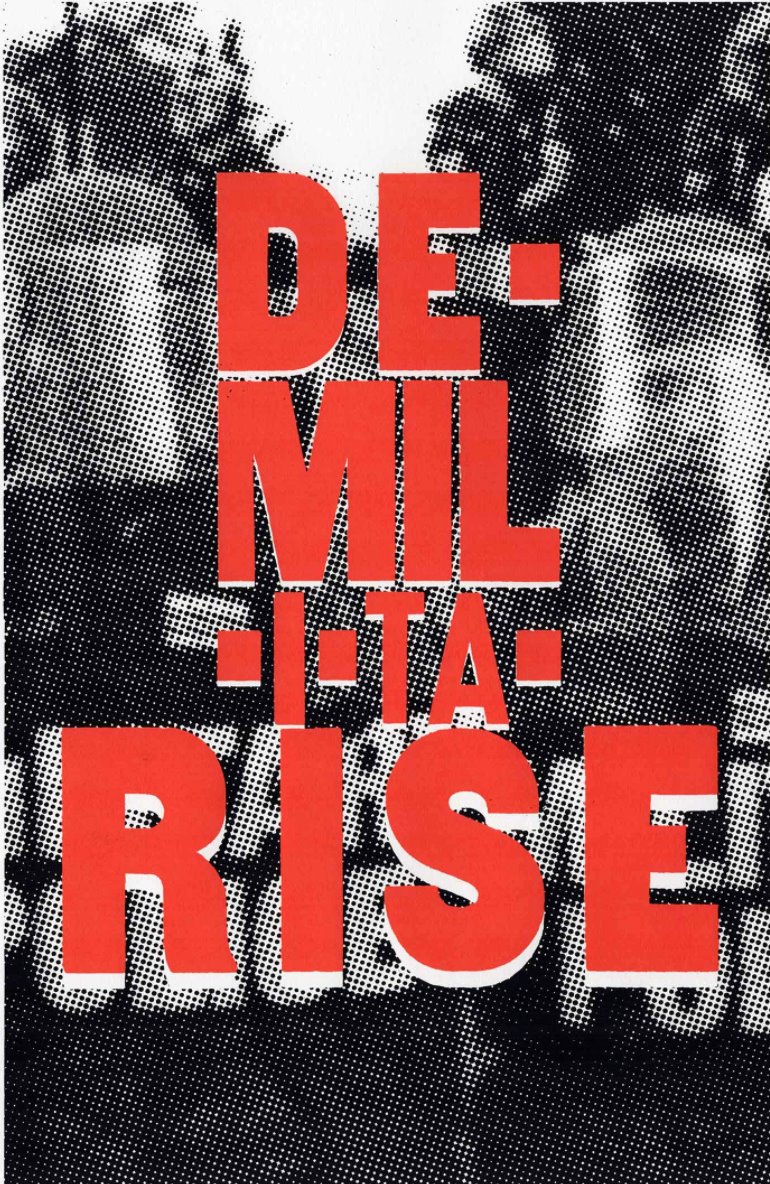 “Demilitarise: 20 Years of the War on Terror” is a new exhibit that runs through the month of October with various related events.
The exhibits offers us a chance to reflect and learn as we mark the twenty years after the events of 9/11 and the subsequent forever wars, drone strikes, torture and attacks on civil liberties.
Come to our next open gallery hours on Oct 16th 10:30am-12:30pm and stay for a teach-in on the #BoeingArmsGenocide campaign.
The exhibit shares work from the following:
“Shattering Justice & Re-Making the Muslim Threat,” is an exhibit that counter-narrates the War on Terror through Muslims eyes. By centering the impact on Muslims, this visual exhibit brings the impact of the many laws and policies that have targeted Muslims, to life. Through this carefully curated poster series, attendees coming to the exhibit will able to better understand what the War on Terror has meant for Muslims both domestically and abroad. (2021 – The Sanctuaries and Justice for Muslims Collective).
The “De-mil-i-ta-rise” portfolio of prints organized in support of Dissenters, a movement organization leading a new generation of young people to reclaim resources from the war industry, reinvest in life-giving institutions, and repair collaborative relationships with the earth and people around the world. (2021 – JustSeeds)
An excerpt from “A Thing of Great Power and Size has Gone Missing,” an extensive timeline citing historical, political, and social events occurring during the U.S. led war on terror, including the conflicts in Afghanistan and Iraq, with a focus on the human body and its destruction, control and exploitation in these conflicts.(2018 -Lucky Pierre).
Panels from “Windows and Mirrors: Reflections on the War in Afghanistan,” an exhibit of large scale paintings. (2010- AFSC).
Co-Sponsored by American Friends Service Committee, PO Box Collective, Justice for Muslims Collective, Just Seeds, StopCVE Chicago, and Lucky Pierre.
+ Google Calendar+ iCal Export