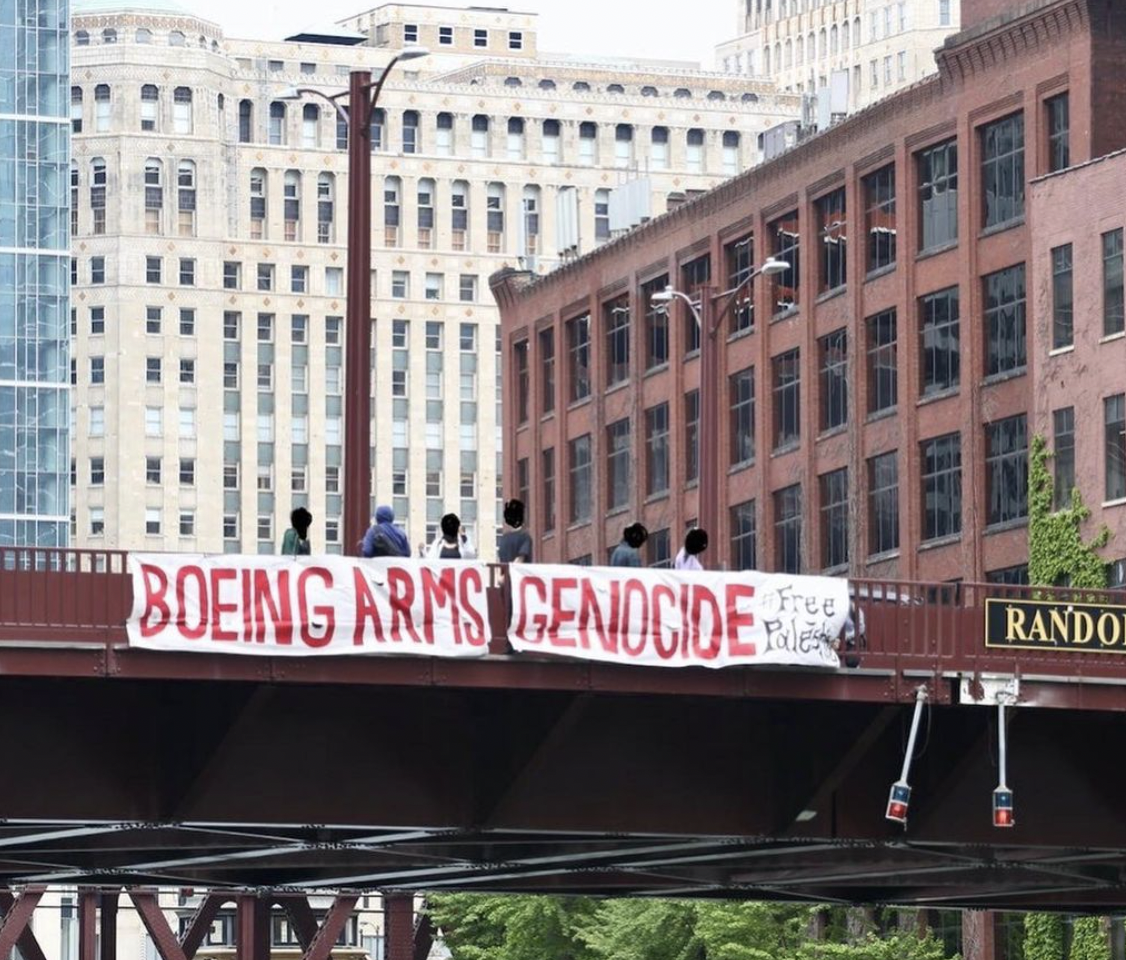 While most people know Boeing as the company that makes airplanes, Boeing is also one of the world’s largest weapons manufacturers and war profiteering companies. They produce and sell bombs, missiles, helicopters and other technologies of war to militaries, making almost $100 billion of profit from war and militarized violence every year. As Chicagoans, we demand that our tax dollars no longer fund genocide in Yemen, Lebanon, Palestine, and other countries impacted by wars that Boeing profits from.

The new student-led anti-war movement, Dissenters, has launched a campaign to demand that the City of Chicago cancel its contract, in which it pays Boeing to have their headquarters here, as a step towards divesting from the war industry.  Join us this month in support of these young Dissenters, and help build the movement to #DivestFromDeath!