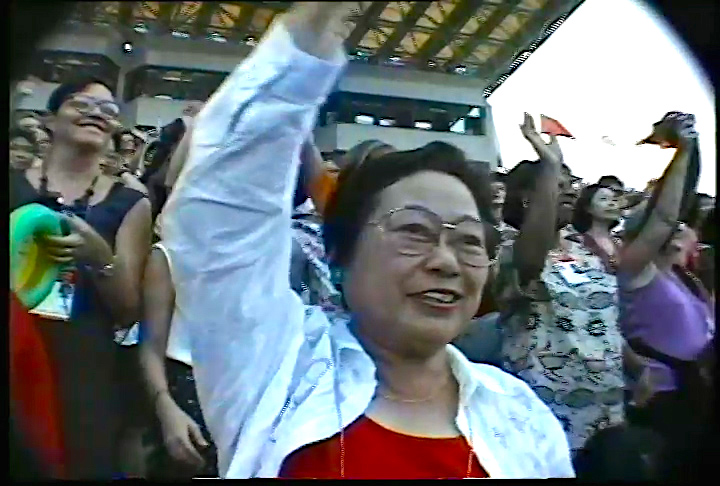 “The Fourth World Conference on Women: Action for Equality, Development and Peace,” a conference convened by the United Nations in September 1995 in Beijing, China, was the largest gathering of women in world history.  Attendance was estimated at between 40,000 and 60,000 women from around the world.
PO Box Collective collaborates with activists from around Chicago to celebrate the 25th anniversary of the UN Fourth World Conference on Women with a series of events.
On Friday, October 2nd @ 6:30pm, we kick off the series with a screening of BEYOND BEIJING: THE INTERNATIONAL WOMEN’S MOVEMENT by Salome Chasnoff, one of the few documentaries to emerge from the event. The screening is followed by a Q+A with a panel of women who attended the conference.
More commemorative events TBA.
Zoom link will be posted during the week of the screening.
+ Google Calendar+ iCal Export